Why MacAskill Is Wrong about What We Owe the Future by Ayn Rand Institute
Saturday October 1st, 2022 at 5:01 PM 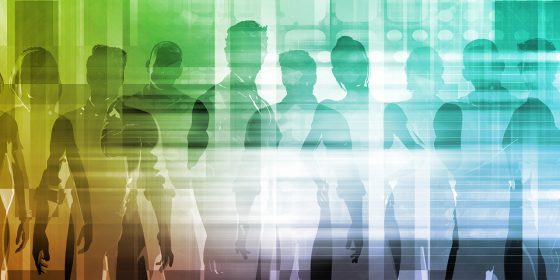 Oxford Philosophy professor William MacAskill has quickly become noteworthy as the guru of the “effective altruism” movement. This movement supposedly applies a rational, data-driven perspective to selecting the charitable causes that do the most good. In his latest book, What We Owe the Future, MacAskill claims that true effective altruists pay careful attention to the welfare of the people of the distant future.

Portland retiree dealing with homeless thieves: 'At some point your compassion just runs out'
Saturday October 1st, 2022 at 3:19 PM

Four Things I Learned About Hurricane Preps This Time

Having lived in Houston for seventeen years and evacuating twice, I figured dealing with hurricanes in Florida would be something of a cinch.

Below are four things I learned this time around, as I get ready to stand down from sheltering in place for the first time I found myself in a three-day cone.

Florida's geography and population can easily make the decision about whether to evacuate less than straightforward. In Houston, although an evacuation might be at a snail's pace, going north was always an option and at least one of east vs. west was usually available.

Florida is shaped like a boomerang. For the panhandle, see Houston. On the peninsula, even being on the coast opposite an expected hit won't completely get you off the hook from high winds or even storm surges. On the peninsula, north or south might be an option if there is reasonable certainty in the forecast.

And if there isn't much certainty? Driving at a snail's pace (or not at all if there's no gas, a situation I encountered once, albeit armed with a full can) in an area that a hurricane might strike is a Bad Idea. (For the unitiated: Hurricane evacuations are giant traffic jams. Running out of gas is easy when what is normally a ninety miniute trip takes hours instead. And EVERYBODY is buying all the gas.)

Consider Ian: The forecast models were (a) confused by a strong tilt in the storm's vertical structure caused by wind shear in the early days of the storm and (b) gave results heavily dependent on initial storm position and the timing of steering currents. I am fortunate enough to have a place in the Panhandle I can go -- except in this case, when I would have had time to go there, it was about equally as likely as home to get hit.

And then, of course, by the time I knew we'd likely get the equivalent of a tropical storm/outside shot of hurricane conditions, I needed to weigh two not-great options against each other: stay at home (maybe in the dark) or hit the road and perhaps run out of gas. We weren't facing problems from the projected storm surge, so I opted for home.

On the positive side of the ledger, I feel more than vindicated by my insistence when we moved here that we not live on the water or closer to the beach. Those areas were ordered to evacuate and staying behind anyway could be a Bad Idea since most hurricane deaths are due to flooding/storm surge.

2. Stock a few days' worth of food that does not require heating up or cooking.

On the negative side of the ledger was ... carbon monoxide! In the process of adjusting from the mindset of strongly preferring to evacuate to having to seriously consider sheltering in place, I was bound to miss something, and that something was CO.

Oh, I can cook on the gas stove or the propane grill, I thought at first. Losing power for a few hours Wednesday evening was a good thing in that I had to think about how I would navigate what I figured would be at least a couple of days.

Glad to have plenty of canned food I thought I could just heat up, I realized that there was no ventilation: There is no power for the exhaust hood, and opening windows during high winds is a Bad Idea.

I had plenty of things that also don't need heating, but now realize I wasn't prioritizing that enough: You face days without power and being cooped up inside due to high winds. (And a portable generator isn't an option during that time either, for the same reason.)

3. Go through all your food -- not just "hurricane supplies" -- ahead of the season.

A day or so ahead of the storm, I found some past-date canned food and peanut butter. Two sites helped me here: First, this USDA site helped me realize that the expired canned food in my pantry was probably fine, if I needed it. Second, Does It Go Bad? told me that I needed to toss all the peanut butter and buy new.

I like the fact that peanut butter now comes in squeeze tubes, meaning I have to clean one less thing when using it.

I was able to get away with a single trip to the store for only a few items, but lines were long and I would rather have not gone at all.

I am in no hurry to try one myself. Some things may best remain mysteries.

We have a golf cart that we keep charged and use mainly to take the kids to school in the morning. I saw it in the garage when I was putting away lawn furniture ahead of the winds.

Boy! I wish I could use the batteries from that!

The bad news is that I had the idea too late to do us any good this time around.

The good news is that someone else has done this, using equipment that is relatively easy to get.


It would be great to be able to run a small fridge, a few lights, and some small appliances like this. I'll want to do the math for our golf cart to make sure this will really be useful, I can do this without trashing the battery, and it's cost-effective.

This seems like it could be at least a way to have power while the windows and doors have to be closed, because it will not generate carbon monoxide like a generator would.